Municipal Pensions: The Rest of the (Untold) Story… 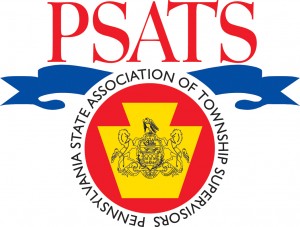 Make no mistake: Pennsylvania is in the midst of a public pension crisis.

The headlines, including those generated by recent comments by Auditor General Eugene DePasquale, indicate that the predicament is deep-rooted and widespread.

But do the news reports tell the whole story?

Clearly, the commonwealth is facing a snowballing pension bill, expected to mushroom from $52 billion today to more than $65 billion by 2021, to cover retirement benefits promised to more than 800,000 state and public school employees.

It’s also true that a handful of local governments – primarily large and midsize cities like Philadelphia, Pittsburgh, and Scranton – have retirement programs that are under water and have been for quite some time.

These communities are the rule, not the exception, according to recent data from the Pennsylvania Employee Retirement Commission (PERC), which has been documenting the distress level of the 1,448 municipalities that receive state aid to offset mandated retirement benefits.

PERC figures indicate that the number of solvent municipal pension plans significantly exceeds the number of troubled ones. In 2014, for instance, 808 municipalities and their plans were classified as “not distressed” while just 23 local governments, including Philadelphia and Scranton, were declared “severely distressed,” which means the plans are funded at less than 50 percent of liabilities. The remaining 617 municipalities and their plans fell in between, defined as either minimally or moderately distressed.

Still, despite the small number of severely distressed municipal plans, some are portraying the pension problems of a few as a statewide epidemic and want everyone, including communities that have kept their pension plans healthy and above water, to swallow the same bad medicine.

Their solution: Consolidate all local retirement plans into a single statewide system and let the healthy one’s assets be used to balance the troubled ones. But bigger isn’t better. All we have to do is look at the state’s behemoth and woefully underfunded system, which accounts for 90 percent of the pension stress in the state, for proof of that.

So what is the answer?

First and foremost, lawmakers and others have to stop ignoring the giant elephant in the room, the state’s out-of-control pension system, and finally do something about it.

Proposed reform options have included switching employees from a defined benefit to a defined contribution plan, similar to a 401(k). This proposal won’t fix the shortfall, but it will reduce future retirement costs, a step in the right direction.

Another good step for state officials: Admit that local governments “get it” and take some lessons from them. Why not study what pension-smart municipalities are doing right? And while the state is at it, why not enact other reforms that address the root causes of fiscal distress to help municipal pension plans stay solvent?

The Pennsylvania State Association of Township Supervisors (PSATS) supports a proposal that would stop third-party arbitrators from including municipal police and firefighter pension benefits in contract negotiations. This practice, noticeably absent from the headlines, has significantly escalated municipal pension costs at the expense of local budgets and taxpayers.

The state’s pension crisis – and I emphasize the word “state” here – didn’t happen overnight, nor will it be solved overnight.

But let’s not get distracted, either, with misleading headlines, misguided efforts, and false alarms focused on municipal pension plans. They’re OK.

Hopefully, someday after we’ve made the tough decisions and taken some cues from the locals, we can say the same about the state’s pension plans.

About the author
David M. Sanko is the executive director of the Pennsylvania State Association of Township Supervisors (PSATS). With a broad background in local and state government, Sanko oversees an organization that is the primary advocate for the commonwealth’s 1,454 townships of the second class, home to 5.4 million Pennsylvanians.