You Can Help Stop the Bird Flu! 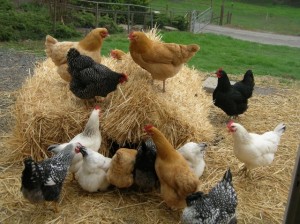 State officials are bracing themselves for a bird flu outbreak.

So far, Pennsylvania has been lucky. Its $13 billion poultry industry has dodged an epidemic that has affected 21 other states, including Iowa, the country’s top egg producer.

However, with the fall migration in full swing on the East Coast, state Department of Agriculture officials say it may only be a matter of time before the first cases of the H5N2 strain are reported here. This past summer, the disease was detected in Michigan, just 150 miles from the Pennsylvania border.

And this time around, officials fear the damage could be far worse as colder temperatures make it easier for the bird flu to spread.

“This is the largest animal disease outbreak in the nation’s history, and it could get bigger,” state veterinarian Dr. Craig Shultz says, noting that a fall/winter H5N2 outbreak has the potential to kill an additional 100 million birds nationwide. “We’re living with the expectation that we will be exposed and are planning for a worst-case scenario.

“This is the time,” he adds, “to put extra emphasis on flock protection.”

Along with instituting quarantines, state officials have put poultry farmers on high alert and are requiring them to comply with stricter cleaning standards at their operations. The Ag Department is also turning to the public for help in preventing the disease and minimizing its spread.

“We can make all the plans we want, but they will be meaningless without the help of our partners,” department spokeswoman Brandi Hunter-Davenport says. “It takes everyone to do their part for us to have any chance against this disease.”

An emphasis on education

For now, the best thing that township residents, including those who have small backyard flocks and pet chickens, can do is get educated about the bird flu, its symptoms, and prevention strategies, also known as biosecurity.

The public can turn to two sources, www.agriculture.pa.gov and www.usda.gov, for information about the virus, updates, and basic tips for protecting backyard and commercial birds.

“People need to know about the risks and what to look for,” Shultz says.

For instance, poultry owners should be watching flocks and pets for unusual behavior, severe illness that may include sneezing, coughing, and swelling around the eyes, neck and head, and sudden death. Species that may be affected include domesticated chickens, turkeys, quail, pheasants, ostriches, and swans.

Farmers and residents should report serious or unusual health problems immediately to their veterinarian, local Penn State Extension office, or state and federal agriculture agencies, which are manning 24-hour hotlines. The state Department of Ag can be reached at (717) 772-2852, and the U.S. Department of Agriculture can be contacted toll-free at (866) 536-7593.

Poultry owners should also get a premise identification number from the state Department of Agriculture. Applications can be filled out online by clicking on the “Premises Registration Form” link at www.agriculture.pa.gov.

“Large or small, personal or commercial, we must know the location of as many flocks as possible across the state to effectively fight the avian flu if it arrives in Pennsylvania,” Shultz says. “Premise identification gives us a way to contact [poultry owners] in case we identify the flu near their flock and need to warn them to take extra precautions.”

If the bird flu is found in your township, local officials and first responders will receive advisories, daily updates, and help from the Ag Department and Pennsylvania Emergency Management Agency.

The last major bird flu outbreak in Pennsylvania occurred in the early 1980s, and state officials are hoping that the precautions they are taking now will help them avoid a repeat.

“The avian influenza has not been found in our state, but we need to plan and act as if it could at any moment,” Secretary of Agriculture Russell Redding said in a recent news release. “When this virus hit in 1983 and 1984, 17 million birds were lost. That equated to a $65 million negative impact on our state’s economy. We are doing everything possible to avoid that kind of devastation — or worse — with this outbreak.”